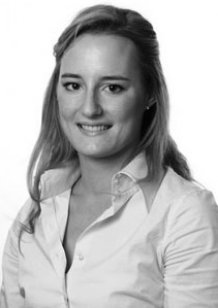 Mathilde will collect her prize in May

This year the competition was run by Royds LLP, who are a member of the Interleges international network of independent law firms.

Each year the competition is held which allows students from universities around the world to submit a legal essay (with a choice of 3 topics given). The winner receives a prize in the amount of 4,000 euros which is to be collected at the AGM held this year in Dublin (May 2014).

Interleges is a well-established and closely linked alliance of independent law firms with offices in countries of the European Union, Eastern Europe, Middle East and North America. One of the first networks of its kind, Interleges was created in 1989, and now includes firms in over twenty countries as well as correspondents approved by Interleges in many other countries. For further information visit the Royds website.

Mathilde commented: " I am so grateful and happy to receive the award. This means a lot to me because it also proves that you don’t need to be a native English speaker graduating from Oxbridge to compete at the highest level of student legal research (and win!). Actually, I wrote this piece when I was an LLM student at Exeter and my lecturers Dr Horace Yeung and Dr Onyeka Osuji encouraged me to take my work a little further, and here I am.  I hope this proves to international students that they too can compete in writing contests even if English is not their first language. I am definitely looking forward to attending the Interleges AGM in Dublin in May."