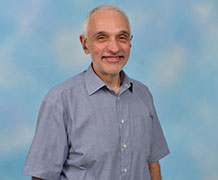 Law professor appointed as Honorary QC by Her Majesty The Queen

Her Majesty The Queen has approved the appointment of six new Queen’s Counsel Honoris Causa, exclusively bestowed upon lawyers who have made a major contribution to the law of England and Wales outside practice in the courts. Leading commercial lawyer Professor Rob Merkin, from the University of Exeter, is one of the few academics to be granted an Honorary QC, alongside 93 new advocates who have been appointed QC.

The Lord Chancellor will preside over the appointment ceremony, where the rank will formally be bestowed upon successful applicants, at Westminster Hall on 16 February 2015.

His nomination also focuses on his being cited in the same week by three different judges, including during an insurance case by Mr Justice Field in Tokyo Marine v Novae Corporate. Professor Merkin’s works have been cited in more than 150 judgments in a number of jurisdictions.

Professor Merkin said:“This appointment is a great honour for the Law School and recognises Exeter's pre-eminent position in the UK for Commercial Law research and teaching. Only a handful of academics have received this award, and I am proud to follow in the footsteps of the last Exeter academic to be given the title of QC, the late Professor Dominic Lasok.”

In addition, Professor Merkin has held many appointments, including Presidential Council, AIDA, 1991 to date, elected Vice-President May 2010 to date; Vice-President and then President, British Insurance Law Association, 2008 to 2012.

He was the winner of the Australian Insurance Law Association prize 2010 for his contribution to Australian insurance law and is an Honorary Professor of the University of Auckland.

In December 2014 Professor Merkin was Expert Adviser to the House of Lords Special Public Bills Committee on the Insurance Bill 2014.

Professor James Devenney, Head of the Law School at the University of Exeter, congratulated his fellow colleague on this outstanding recognition of his contributions to arbitration and insurance law. He said:"This is a tremendous honour for Rob and the School, and a real recognition of the enormous contribution Rob has made to the development of Commercial Law both in the UK and internationally. It is also another mark of the Law School's strength in Commercial Law."