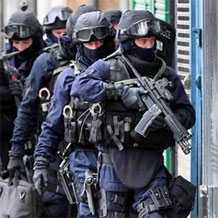 On 25 March 2015 Dr Stephen Skinner convened a workshop on the use of lethal force in policing and the right to life under the European Convention on Human Rights.

Please click on the following links to see the programme, summary of the day’s proceedings and a set of powerpoint slides from the first panel.