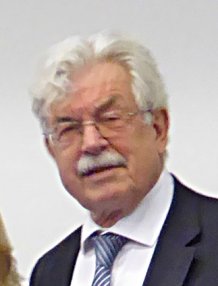 Exeter Law School is sad to announce the death of Prof. Norbert Reich, Emeritus Professor of German and European Private and Economic Law at the University of Bremen. As many current students will know, Professor Reich held this year’s Lasok Lecture on 29 April 2015, delivering a stunning critique of recent developments in EU Citizenship law entitled: "EU Citizenship - Progressive Concept or Regressive Failure?”

Throughout the brilliance of his collected works Prof. Reich carried the firm conviction that it is possible to promote social progress, economic reason, efficiency and social justice. He actively contributed to and encouraged debate on European Integration with vibrant imagination and keen criticism. Prof. Reich saw the real crisis Europe faces today as a test, not for others in distant Institutions and even less for the easy answers of the opportunist or demagogue, but for every citizen and every academic.  He was in every sense a true citizen and an inspiring academic, we are, as a community, so much the poorer for losing him.