Finding fault? Divorce law in practice in England and Wales 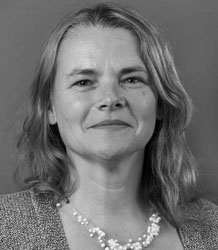 Finding fault? Divorce law in practice in England and Wales

The aim of the proposed research is to explore how the current law on the ground for divorce and civil partnership dissolution operates in practice and to inform debate about whether and how the law might be reformed. A majority of divorce petitions in England and Wales still rely on allegations of fault, whether behaviour or adultery. Problems with a fault-based system set out by the Law Commission in the early 1990s included the potential to cause or exacerbate hostility and bitterness, whilst not saving marriages. Consequently, Parliament went on to enact a no-fault divorce regime with the Family Law Act 1996. However, this was never implemented, though due to logistics rather than the principle of no-fault divorce. After a twenty year gap, there is now a renewed appetite to address what many see as an increasingly anachronistic divorce law. The President of the Family Division and Resolution (representing 6,500 family lawyers, mediators and other family professionals) have both called recently for no-fault divorce. Meanwhile there have been significant changes in how the courts scrutinise the 98% of divorce petitions that are undefended. To save judicial time undefended petitions are now scrutinised by legal advisers rather than judges. It is not yet clear how this is operating in practice, but there appears to be an increasing gap between the potentially painful requirement on parties to produce evidence of fault and the reality of rather limited inquiries by the court. The former Minister of Justice noted in April 2015 that family law reform, including no-fault divorce, would be likely to be on the next government's agenda, but would require cross-party consensus to achieve. There is therefore a pressing need for robust research on how the current law is working and whether and how the problems with the fault-based system previously identified in the 1990s have lessened or increased over time.

The proposal is for a two year mixed methods project consisting of three related studies (i) a qualitative sample of divorce clients recruited pre-petition and tracked over a year to explore how facts are chosen and with what impact on relationships, (ii) analysis of the nature and rigour of the scrutiny process based on court file analysis of standard and contested divorce cases and observation and interviews with legal advisers and judges and (iii) a nationally representative survey of public attitudes to the ground for divorce.