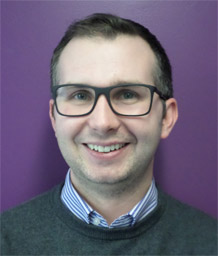 Tim is a lecturer in law (Education and Research) at the University of Exeter. His principal research interest lies in identifying the underlying values in German and English contract law which has since led to several related research projects. For example, he has co-lead a research project which suggested an overarching theory behind all long-term renewable contracts. Most recently this research was featured in national newspapers when it was applied to energy contracts. The research showed that the Government’s decision to impose price caps on standard variable tariffs would harm vulnerable consumers in the long run.

Tim is currently co-leading an ESRC IAA funded project to investigate the impact of AI on the registration of land in the UK. The project involves using IBM’s Watson AI Computer and data supplied by the Land Registry to identify structural weaknesses and previously unidentified structures within the registration system.

Tim is the winner of the WATEPGR (Warwick Award for Teaching Excellence) of 2014 and was nominated in the University of Exeter Guild Awards for the 'most supportive staff member',  'best lecturer' & 'best supervisor' award in 2017, 2018, 2020. He has received the Exeter Gold above and beyond award for his contribution to the department.

Tim’s research interests lie in the area of comparative (European) contract law. He is currently working on a book titled ‘the underlying philosophies of German and English contract law’, looking at the values that have shaped judgments, leading to cases with differing outcomes.

Tim’s broad research interests lie in the areas of:

I would be interested in supervising research projects in the following areas: