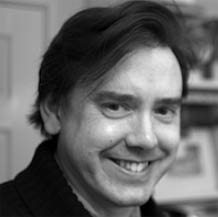 Richard read history at the University of Southampton, where he took a special interest in British political history and the Crusades. He retains an on-going interest in British political history, particularly the life and career of Sir Winston Churchill. Thereafter, Richard took a further degree in Law at Southampton before attending Corpus Christi College, Oxford where he read for the BCL.

Richard has a long-standing research interest in human rights law, constitutional law and reform, devolution, free speech and aspects of criminal justice. Richard's work has been referred to by the Law Lords, the High Court of Northern Ireland, the House of Lords and the Northern Ireland Law Commission.

Richard was Head of School (2016-2019) and before that Deputy Head (2015 -2016). During Richard's successful period as Head of School the Law School returned to the Penryn campus offering innovative and exciting joint programmes with colleagues in Exeter Business School. At the same time the Law School developed joint programmes with Hong Kong University of Science and Technology (HKUST) and the Chinese University of Hong Kong (CUHK). Previously, he was an Associate Head of Department at UWE, Bristol (2011-2014).

Richard served on the Executive Committee of the Society of Legal Scholars for a number of years (2002 - 2016). In 2012 Richard became a Fellow of the Royal Society of Arts.