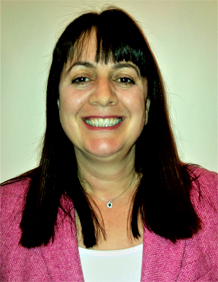 Jan Ewing joined Exeter Law School as a Research Associate on the 'Mapping Paths to Family Justice' project, in January 2014. The project looking at out-of-court Dispute Resolution of private family law disputes and was a collaboration between researchers at the University of Exeter and the University of Kent. Jan was previously a Research Associate on the ‘Mapping Paths’ project at the University of Kent from November 2011. She was then a Research Fellow on the ‘Creating Paths to Family Justice’ project working with a number of agencies to draw on research findings (particularly findings from the ‘Mapping Paths’ project) to develop online and offline family mediation services.

Jan was the Shackleton Research Fellow on the Shackleton Relationships Project in which she followed up couples married for 10 years whom she had previously three times over the first four years of marriage to examine what drives thriving marriages and what leads to the erosion of marital satisfaction.

She is currently a Research Fellow on the Wellcome Centre funded 'Transforming Relationships and Relationship Transitions with and for the Next Generation'. She will be working with relationship counsellors to indicate how adults/older children can learn the skills needed to identify good and bad relationships and cope better with transitioning into and out of (a range of) relationships across the life-course. She will also be considering the practise and experience of child-inclusive mediation to make the process better understood and more accessible to parents and children and build practitioner confidence.

Jan was previously a family law solicitor in a career spanning 20 years, including at partnership level.  She has lectured on Family Law at undergraduate level as well as on the Legal Practice Course.

Her research interests are in family law and policy, particularly in strengthening couple relationships.