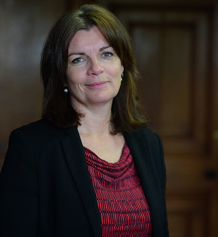 Camilla studied Law and Sociology as an undergraduate. She then attended the College of Law in Guildford achieving honours in her Solicitors’ Final Examination. Passionate about legal aid work and access to justice Camilla practiced in a high street law firm until she took up a post as in-house solicitor with a National Teaching Union where she worked until September 2021.

In practice Camilla specialised in employment law and regulatory law representing teachers in employment tribunals and at professional conduct hearings. She was also involved in work related personal injury claims and a number of Camilla’s cases reached the appeal courts including the stress at work claim, Barber v Somerset County Council [2004] which reamins the leading case in this field.  Camilla and her colleagues also won the Lawyer Award for Employment Team of the Year following the success of Barber.

Camilla enjoyed combining the practice of Law with her teaching roles for a number of years. She previously taught on the LPC and joined Exeter as a visiting lecturer in 2015.  Camilla took up her current post as Lecturer in Law based at the Penryn campus in September 2021.

My legal hero is fictional; Atticus Finch from the novel To Kill a Mockingbird. It was the book I read in my childhood, which first got me interested in law and issues of discrimination. My real life lawyer hero is Karon Monaghan QC. She is a very approachable barrister who has been incredibly infulential in the area of discrimination law. She also acted for Unison in the case of R (on the application of UNISON (Appellant) v Lord Chancellor (Respondent) [2017] which is such an important case for access to justice and the rule of law.