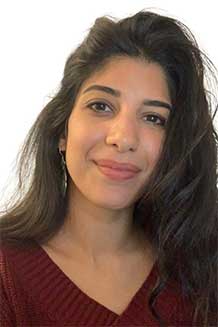 Nora Jaber joined Exeter law school in 2021. She holds an LLB from King' College London, an LLM in Public International Law from the London School in Economics, and a PhD in Law from King's College London. Nora's research focuses primarily on the role of international human rights law in achieving gender justice in non-Western contexts, with a focus on women's rights in the Middle East.

My research lies within the field of public international law ('PIL') and focuses on the role of International human rights law ('IHRL') in achieving gender justice in non-Western contexts, with a focus on the Middle East. My work is grounded in an understanding of PIL as a crucial arena for interdisciplinary research. Hence, it combines traditional legal analysis with theories and qualitative empirical methods in socio-legal research, and draws on critical legal scholarship, including Third World Approaches to International Law and Feminist Legal Theory. In particular, my thesis assesses women’s rights advocates’ engagement with IHRL in calling for gender reform in Saudi Arabia. In doing so, it evaluates the significance, utility, and suitability of IHRL as a tool towards the achievement of domestic legal reform, especially when analysed in relation to alternative local normative and legal frameworks. My research emphasises the value in analytically capturing non-Western rights discourses and epistemologies that are seldom discussed in mainstream legal scholarship and which challenge the epistemic hierarchies that are embedded within the international human rights legal framework.

Nora is a non-resident associate fellow at the King Salman Center for Local Governance, a Saudi think tank in the field of local governance and public policy. She is currently leading a project on Women in Local Governance.

Nora regularly delivers presentations about her research to various academic and non-academic audiences, including at academic conferences, before the European Parliament, and as part of Widening Participation programmes in the UK.