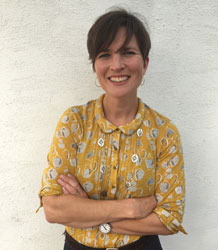 I lead the Law School team in Cornwall. I am responsible for the design and delivery of the Law with Business degree programmes. I work with my colleagues in the Law and Business Schools and across the University to ensure that these ground breaking interdisciplinary degrees are a blend of the two disciplines; that we develop the core legal and business skills of our students - ensuring that they are uniquely employable and that we create an environment in which everyone in our diverse community of learners can flourish.

I have worked in several law schools in Russell Group universities over the last twenty years and have won awards for my teaching, including Academic Fellowship of the Inner Temple. I have convened a range of modules, at undergraduate and postgraduate levels, from large core subjects to small specialist group teaching. During this time I developed my interest in inclusion in the teaching and learning of law and the role of student-lead learning.

My research has always been inter-disciplinary, examing how people use and understand law in action.  I have conducted research for the Home Office which contributed to major reform of the law on sexual offences and in procedures relating to the prosecution of offences against children. I wrote (with Laura Hoyano) Child Abuse:  Law and Policy Across Boundaries, which won the first Inner Temple Book Prize for Outstanding Legal Research. Most recently (2014-2017) I have been a Senior Research Fellow in the Environment and Sustainability Institute, University of Exeter, Penryn Campus, Cornwall, researching human conflict relating to the environment. I have also practiced as a mediator, (from 2014-2018) specialising in family disputes.

My legal hero is Constance Baker Motley, a civil rights lawyer who fought nearly every important civil rights case in the United States for two decades and then became the first black woman to serve as a federal judge. She excelled in the quiet, painstaking preparation and presentation of lawsuits that challenged racial segregation across the United States. Her legal victories including in the landmark school desegregation case of Brown v. Board of Education in 1954 meant that Gov. George C. Wallace of Alabama and other staunch segregationists yielded, kicking and screaming, to the verdicts of court’s ruling against racial segregation.

Teaching and Research in Law

January –May 2018 INTO University of Exeter LLP. Module Coordinator - Law