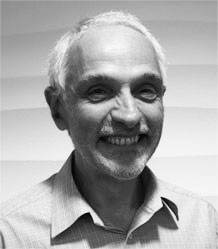 Rob is the Editor of the Journal of Business Law, the Lloyd’s Law Reports, Arbitration Law Monthly and Insurance Law Monthly. From 2005 to 2011 he served as co-editor of Legal Studies, the journal of the Society of Legal Scholars.

Rob is Special Counsel to Duncan Cotterill in New Zealand, Distinguished Professor of Law at China University of Political Science and Law in Beijing, and visiting professor at Sydney University and Auckland University. He is past president of the British Insurance Law Association, honorary life president of the International Association of Insurance Law (AIDA) and was a consultant to the English and Scottish Law Commissions for their project on the reform of insurance law. In 2009 he was Distinguished Visitor for the Singapore Academy of Law, in 2010 he was awarded a prize by the Australian Insurance Law Association for his contribution to insurance law and in 2012 he was appointed to the Hotung Fellowship by the University of Canterbury, Christchurch,  to deliver a series of lectures on earthquake insurance. In 2014 he was awarded a higher doctorate (LLD) by Cardiff University and acted as Special Adviser to the House of Lords Special Public Bills Committee on the Insurance Bill (now Act). In 2015 he was made a QC honoris causa by the Crown.  He gives regular seminars for insurance companies, brokers, insurance regulators and law firms in the UK and internationally.