Seeking out a new frontier of research at the intersection of space law, intellectual property and space technology 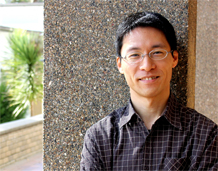 Professor Hitoshi Nasu joined the Exeter Law School in January 2018. Prior to his current appointment, he held academic posts at the Australian National University, where he was also Co-Director of the Centre for Military and Security Law and the Australian Network for Japanese Law. Currently, he is also a Senior Fellow at the Stockton Center for International Law, United States Naval War College.

Professor Nasu publishes widely in the field of public international law, especially international security law and the law of armed conflict. His expertise extends to a wide range of international security law issues, such as collective security, peacekeeping, the protection of civilians in armed conflict, and information warfare. In particular, he is known for his research in the field of new technologies and the law of armed conflict, especially in relation to military applications of nanotechnology, human degradation technology, invisibility technology, and most recently, artificial intelligence. He has also addressed various issues of international law in the Asia-Pacific, with a particular focus on regional security issues, territorial and maritime disputes, human rights institution-building, as well as disaster relief and management.

Professor Nasu led and completed several major funded projects, including the legal regulation of military and security applications of nanotechnology (Australian Research Council, Project ID: DP110102637) and the legal analysis of regional security institutions in the Asia-Pacific (Australian Research Council, Project ID: DP130103683). Currently, he is involved in the drafting of the Woomera Manual on the International Law of Military Space Operations.