The New Downtown Community in Vancouver: Lessons for the UK 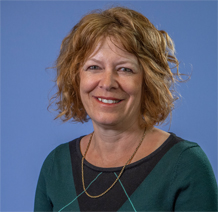 Professor of Law, Head of School

Sue Prince studied Law at the University of Exeter and completed her PhD in 2003.

Sue is the Associate Dean of Education for the College of Social Sciences and International Studies and leads the Education agenda for the College. She has been awarded a University Fellowship Award for Excellence in Teaching and is a Principal Fellow of the Higher Education Authority.

Sue’s research interests focus on access to justice in the civil courts looking particularly at the role of court-based mediation. She has conducted a number of empirical studies of the impact of mediation in the courts for bodies such as the Civil Justice Council and the Ministry of Justice .  Sue has published on the topic of mandatory mediation in Canada and has researched and published on mandatory projects in Florida and also New Orleans after Hurricane Katrina.  She was a member of the Civil Justice Council Advisory Group on ODR led by Professor Richard Susskind, set up to explore the role that Online Dispute Resolution can play in resolving civil disputes in the courts, the initial report was published in February 2015 and has had huge impact on the development of the online courts in England and Wales. Sue was a member of the JUSTICE group on Preventing Digital Exclusion which published its Report in 2018. Sue has a broad commitment to pro bono and outreach activities. She led the set up of a student advice clinic, the Community Legal Helpdesk, which won the LawWorks Attorney-General Pro Bono Award 2013. Sue also pioneered the Debt Literacy in Schools Project which was commended for Best New Pro Bono Activity in 2010. She is a trustee of the South West Legal Support Trust, helping with the funding of local projects for those in need of advice and support. Sue holds a University Incubator Fellowship Award for work on innovative teaching and its impact on learning spaces.

Sue is currently researching access to justice in the civil courts looking at the role of court-based mediation. She is particularly interested in the effectiveness of mediation when parties are asked by the court to mediate under the Civil Procedure Rules. She conducted the first ever study of small claims mediation in England and Wales for the Civil Justice Council: “Court-based Mediation: A preliminary analysis of the small claims mediation scheme at Exeter County Court” in 2004. This study is available at: http://www.adr.civiljusticecouncil.gov.uk/updocs/client0/ExeterResearch.doc

She continued her work in this area conducting research commissioned by the Department of Constitutional Affairs into fast track and multi track mediation at Exeter and Guildford County Courts. The results of this research were published in 2005.

Sue has recently conducted several empirical research projects on court-based mediation: a report for the MOJ on the fast and multi track mediation scheme at Exeter and Guildford County Courts - see here.

Sue is a member of the Civil Justice Council Advisory Group on Online Dispute Resolution led by Professor Richard Susskind, set up in 2014 to explore the role of technology in resolving civil disputes in the courts.  The initial report of the Advisory Group was published in February 2015 and received substantial support and publicity. It now influences policy for the incoming Government.

Sue is currently also involved in research on the adoption of the new EU Directive on ADR and the Regulation on ODR and its impact on disputes between consumers and business.

She sits on the Editorial Board of the journal ‘Law Teacher’ and the Academic Committee of the Civil Mediation Council.