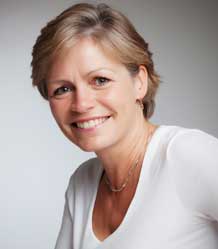 Mary's principal research area is charity law (in which she obtained a PhD without corrections from the University of Bristol in 2012) and her publications include articles in the Cambridge Law Journal, Modern Law Review, Law Quarterly Review and Public Law .  Her book, The 'New' Public Benefit Requirement: Making Sense of Charity Law? (Hart, 2015), examines the requirements for charitable status in law following the Charities Act 2006 and challenges the legal interpretations of the Charity Commission and Upper Tribunal (Tax and Chancery) in relation to fee-charging charities in particular.  It also offers a comparative study with the position in Scotland.  Mary has been invited to address international conferences in Montreal (2015), Michigan (2017), Wellington, New Zealand (2018) and Melbourne (2019). She has also delivered seminars on her research in Sydney, Canberra and Melbourne (2018), as well as in the UK (including Edinburgh and Oxford (SLS) and Cardiff (Law and Religion)). Recent publications include Public Benefit Post-Pemsel,  in Research Handbook on Not-for-profit Law (Edward Elgar 2018, ed Matthew Harding (Melbourne)) and 'Regulation of Universities as Charities: one step forward, two steps back' (2021) Legal Studies, 1.

As a graduate of Exeter University (LLB, first class honours) and former Bracton Law Society president (1984-85), Mary was especially pleased to join the Law School staff in April 2016.  In 2017, she introduced a 30-credit module on Charity Law, which was enthusiastically received by students and the only one of its kind in England and Wales. She also teaches the Law of Trusts module, having previously been module convenor at Exeter, Bristol and Cardiff Universities.  She has also taught Land Law, Introduction to Law and Advanced Commercial Property (LPC) and was a Visiting Lecturer at Konstanz University, where she taught on the Law of Trusts and the Draft Common Frame of Reference (Book X).

Before pursuing an academic career, Mary practised as a commercial property solicitor for several years at Linklaters, London, and also worked as a freelance legal author, writing on several subjects including Land Law and Conveyancing, Civil Litigation and Company Law.  She was an Examiner and Consultant in Law for the Institute of Chartered Accountants in England and Wales from 2009 to 2017 and is a member of the Charity Law Association.

Mary's research interest is Charity Law, with a particular focus on charitable status and the public benefit requirement (see publications).

Her current research is considering the charitable status of universities and the consequences of that status. Part of this addresses the regulation of universities as charities, following reforms under the Charities Act 2006 and the replacement of HEFCE by the OfS as Principal Regulator (see (2021) Legal Studies, 1).