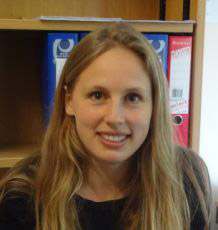 Christina graduated from Oxford University in 2007 with a Double First in Jurisprudence and a university award - the Martin Wronker Prize - for achieving the highest mark in Trusts. She went on to study for a Philosophy MA at King's College, London, which she passed with Distinction, and to teach Land Law and Trusts at her alma mater, Lincoln College, Oxford. After a brief spell as a finance trainee at Slaughter and May, Christina returned to teaching; this time, for a number of Oxford and Cambridge colleges. She joined Exeter University in September 2014 and has since been awarded the Student Guild's prize for the Best Lecturer in the University (2016), a Rewarding Excellence Gold Award for her contribution to teaching and leadership (2017), and a Senior Fellowship from the Higher Education Academy (2018). Christina is Director of the LLB and Head of Law School Admissions. She convenes the Land Law module and teaches on the Contract Law module.

Christina researches in the field of Charity Law.  She is currently exploring the requirement (Charities Act 2011 s.1(1)(a); s.2(1)(b)) that charitable status can only be attained by an organisation if established exclusively for purposes beneficial to the public.