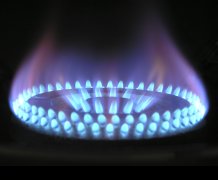 Introducing a price cap for energy bills has “destroyed” the UK’s competitive market for gas and electricity, new research warns.

New powers by the regulator Ofgem to set a maximum price for energy has meant an end to “healthy competition” between companies, experts have said.

A new study recommends it would be better to instead regulate the way consumers renew their contracts with gas or electricity firms.

Ofgem believed a price cap would protect consumers who didn’t regularly switch providers to get better deals from being exploited. Although  this maximum price has been reduced today, previously it has had to be raised and almost all suppliers are basing their prices at the same level of the cap.

A study from academics at the University of Exeter and University of Warwick says the price gap will leave consumers worse off, especially vulnerable people less likely to switch tariffs.

Regulating the renewal process would mean suppliers would have to contact the customer to tell them they should move to a different – and if necessary cheaper - contract. The regulator would support vulnerable customers by referring them to social services or by placing them on a pre-payment meter.

Dr Timothy Dodsworth, from the University of Exeter Law School, who led the study, said: “Ofgem had good intentions, but their actions have destroyed the healthy consumer market which existed for energy. By introducing a price cap they have removed much competition. Providers are all moving to offer prices at the level of the cap, so the potential benefits Ofgem envisioned don’t exist.

“It is right that the regulator should protect the most vulnerable. But it would have been better to regulate the way people renew their contracts with their energy supplier, so the regulator or another body could step in and help them when it’s clear they are paying too much money. This could involve moving them to pre-payment meters, which would have a price cap.”

“The problem now is Ofgem can’t just cancel the maximum price, because that level is already being used by companies and they are unlikely to deviate. To correct this mess the only solution is to re-think the energy market altogether.”

In 2016 the Competition and Markets Authority’s found consumers on standard variable tariffs were overpaying by £1.6bn per year.

Dr Dodsworth said: “The Government seems to have assumed the energy market is broken, this is wrong. The move to cap prices was meant to increase competition, but it will have the opposite effect. Consumers will have less incentive to switch providers as fewer savings can be achieved through switching, while providers are likely to set prices towards the maximum ceiling of the price cap, further diminishing potential gains from switching.”

The study points out that the fact that some customers are prepared to pay a higher than necessary price does not in itself indicate market failure. Cheaper tariffs are readily accessible to many consumers and energy firms have made it easy for them to switch.

Christopher Bisping from the University of Warwick Law School explains: “In the years before privatisation households spent around 4 per cent of their expenditure on energy. This fell after privatisation to a low point of 2.9 per cent and has since reached similar levels to the time before privatisation. Households have also reduced their energy use by a third since the early 2000s.”

A total of 17 per cent of consumers switched energy supplier between June 2016 and June 2017, a significant increase in comparison to previous years.

Dr Dodsworth said: “The consumer can be nudged towards making ‘better’ choices through providing better information. Through regulation some people may think they don’t need to keep switching to get a better deal because the regulator is protecting them instead, which is not the case.”

Energy Price Cap – a Disservice to Consumers is published in the Journal of European Consumer and Market Law (EuCML).