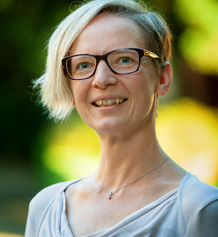 Simulations are some of the most interesting and newer techniques used in University teaching. Generally speaking, they are a form of active learning which involves students through active participation, enabling students to take the learning into their own hands. The aim of simulations is to work with real-life situations and to provide an opportunity for students to engage with and directly apply the materials they have learnt.

‘I enjoyed that it felt like real life’, ‘it felt official and realistic’, ‘I really enjoyed the more practical way of learning’ were some of the comments by students in that regard.

Simulations support students immersing in a topic rather than just memorizing facts, thereby moving from ‘surface learning’ to ‘deep learning’. In so doing, they greatly increase students’ ability to understand a topic and remember the subject in the future whilst at the same time being fun for students. As one student put it – ‘it’s a really immersive way of learning’.

In this politics course led by Dr Sandra Kröger, the simulation is aimed at helping students to actively experience the complexities of EU politics. The workings of the European Union (EU) have become increasingly complex, and a simulation can allow for the complexities and varying nuances of the EU decision-making to be better understood, an experience much confirmed by the participating students as they confirmed that ‘it made the understanding of EU legislation easier’ and that ‘it helped a lot with clarifying how the EU works’. Students agreed that they now have a much better grasp of how the process works. This is reflected in a post-simulation evaluation in which, on a scale from 1-5 (disagree-agree), the proposition that the ‘simulation has increased my knowledge and understanding of decision-making processes in the EU’ received 4.88 on average, and the proposition that ‘the simulation has sharpened my understanding of the importance of compromise, in EU policy-making’ received 4.53. Over a two weeks period, students engaged in negotiation processes between the involved actors and thereby experienced how much the EU political system is based on consensus-seeking and compromise.  As one student pointed out, ‘reaching a compromise that works for everyone was a difficult aspect’, not least because certain Member States proved to be fairly ‘stubborn’. Students learned that not all substantial disagreements will be overcome in the EU, leading to some Member State delegations being outvoted by others on a number of times – a recurrent feature of EU decision-making.

The present simulation engaged with the on-going negotiations around how to best address the recent refugee crisis, one of the biggest challenges the EU has faced to date. Students were assigned to different delegations (to five different Member States as well as the Presidency, European Commission and European Parliament) and researched the actual position of the respective actors towards the refugee crisis. They thereby gained an in-depth insight into the position specific actors take on the refugee crisis, again this was confirmed by a 4.65 average score in the post-simulation evaluation, and one of the things students enjoyed was ‘learning about the migration crisis and how the situation has been handled by the EU’.

In a context where the EU is sometimes seen as an unattractive and disenchanting topic, a simulation can help students understand the EU better in a fun way, as indicated by a score of 4.94 when asked whether students enjoyed the simulation. Or, as one student put it: ‘It was fantastic.’