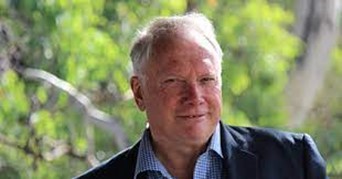 The ECPR Standing Group on Regulatory Governance has created the Standing Group Award for Regulatory Studies Development. The purpose of the award is to recognize on outstanding contribution to the development of regulation & governance studies, focusing on senior scholars.

The Standing Group is delighted to make the award for 2021 to Professor John Braithwaite, John Braithwaite is a Distinguished Professor and Founder of the Regulatory Institutions Network at the Australian National University. He is a criminologist whose empirical and theoretical research on corporate crime and regulatory governance has been very influential in developing the interdisciplinary field of regulatory governance, especially, but not limited to, the co-authored books Responsive Regulation  (with Ian Ayres) (1992)  and Global Business Regulation (with Peter Drahos) (2000) and sole-authored Regulatory Capitalism (2008). Since 2004 he has substantially focused his research on comparative peace building. He is a founding co-editor of ­Regulatory Governance and has generously supported innumerable scholars in the field of regulatory governance in many different ways including supervision, mentoring, sponsorship and collaboration.

We are delighted that John Braithwaite, on accepting the award, will deliver the lecture:

Beyond Realist International Relations Theory in Governance of Global Crises

Great powers have less to fear from each other than from  failures to cooperate with each other. Intentional launch of nuclear war by a great power is unlikely in the decades ahead. Unintended nuclear conflict is a far higher and growing risk. Detection errors and compliance breakdowns are compounded with failures to regulate cyberwarfare, cyberterrorism and cybercrime. All this makes contemporary risks of nuclear war greater than they were during the Cold War. China seems determined to become a regional hegemon of Asia in the way the United States has been hegemonic for more than a century in the Western hemisphere. This is not in China’s interests. What benefit has the United States gained from its regional hegemony? The Americas is still the most violent hemisphere even though wars have declined; enforcement of US hegemony has had a lot to do with such a bad outcome for all peoples of the hemisphere. Japan’s ambitions for Asian regional hegemony was a dud project, as was Germany’s in Europe, and Napoleon’s. No great power has ever delivered a good long-run outcome for its people from a project of regional hegemony. To a degree, most great power diplomats are realists about building national power. What I call restorative diplomacy turns out to be a more realistic, less utopian, project than realism. One thing restorative diplomacy does is open up wide spaces for cooperation among regulation and governance scholars on regulatory strategies that can prevent accidental nuclear wars, that can avert mass extinctions and ecosystem collapse from climate change, that can prevent economic crises and epidemics that can cascade to war and vice versa. Some Chinese strategic thinkers see regional hegemony as something that allows China to, for example, divert melting Himalayan snows in Tibet away from Indian rivers, away from the Mekong system in South East Asia, and into China. Restorative diplomacy over proposals to dam rivers is better for China, and better for all of us, than realist diplomacy. The world’s universities can show the lead to China and the United States alike that we can learn to collaborate to act on solutions to problems like climate change, water management, cyberwar and cybercrime, accidental nuclear war, financial crises and pandemics. With collaborations on renewable technologies and desalination technologies universities have been advancing that kind of possibility rather well.