Tourya Guaaybess received funding from the University of Lorraine for Tourya’s 6 month visit to the Centre of European Governance at Exeter University in 2021 working on communications policy in Mediterranean states.

Monica is currently Assistant Professor at the Università Degli Studi Roma. She holds a Ph.D. in Economics from George Mason University and a Doctoral Degree in Mathematical and Statistical Analysis of Social Phenomena,  from the University of Rome “La Sapienza.” Her research interests are at the intersection of the fields of political economy, public choice, healthcare policy and the political economy of healthcare.

Heath began his PhD in January 2019 at the Public Governance Institute. He previously worked as a political science researcher at the University of Melbourne. For his PhD project, Heath is examining the rise of political advisers as important third actors beween politics and administration, which by historical standards, is a recent phenomenon in the Westminster system. His case studies include Canada, the United Kingdom, Ireland, Australia, and New Zealand. These countries, since the 1970s and 1980s, have seen consistent growth and influence of political staff.

Jörn Ege is a post-doctoral researcher at the German University of Administrative Sciences Speyer. His research addresses the autonomy of international bureaucracies. Honorary Research Fellow from December 2017 onwards. 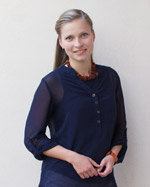 Daria Gritsenko is a postdoctoral fellow at the Aleksanteri Institute (University of Helsinki) and a partner at the Finnish Center of Excellence “Choices of Russian Modernization”. 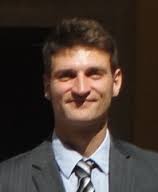 Pierre Georges Van Wolleghem obtained a PhD in June 2017 at the Graduate School in Social and Political Sciences of the University of Milan. Since 2012 he has been working for the ISMU Foundation. 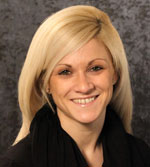 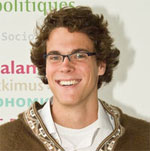 Christoph Ossege was a PhD student at BIGSSS, a joint Graduate School of Bremen University and Jacobs University when he visited the CEG. He now works at the European Central Bank in Frankfurt.

Esteban Arribas is Lecturer in Politics at the University of Alcalá, where he teaches several courses, including Comparative Government and Politics, Public Policy Analysis and Media Policy Regulation. 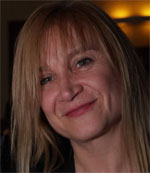 Dolors Canals Ametler is currently a Senior Lecturer in Administrative Law in the Public Law Department at the University of Girona.

Auri Pakarinen was finishing her PhD at the University of Eastern Finland when she visited the CEG. More about her on her website.

Sandra Kröger joined the politics department at Exeter as a Marie Curie fellow in September 2011. She is now senior lecturer and a member of the CEG.

a visiting researcher at the Tremough Campus of the University of Exeter, thanks to a research award obtained with the project titled “EU policies and climate change. Consequences. Comparative study between Spain and United Kingdom”. She is now a lecturer at the University of Chester.

Andrea Pritoni was a post-doctoral researcher at the Faculty of Political Sciences “Roberto Ruffilli” (University of Bologna at Forlì), when he visited the CEG. He is now a research fellow at the Scuola Normale Superiore in Florence.

Amie Kreppel is a Jean Monnet Chair (ad personam) and serves as Director of the University of Florida’s Title VI funded Center for European Studies (CES) and the European Union funded Jean Monnet Centre of Excellence. She is an Associate Professor in the Department of Political Science.

Marie-Christine Fontana was a PhD student at the University of Lausanne, Switzerland when she visited the CEG. Her research focused on the impact of European integration on domestic policy-making processes in small consensual states, in particular on corporatist policy-making in Belgium and Switzerland. 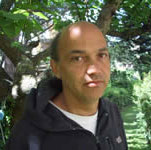 Alessandro Natalini was Assistant Professor of Political Science at University Parthenope in Naples when he visited the CEG. He is now member of the Italian National Authority against Corruption.

Erica Melloni was a Ph.D candidate in the “Istituzioni, Amministrazioni e Politiche Regionali - IAPR” course held by the Universities of Pavia and Milan at the time she visited the CEG. She is now Director at the Istituto per la Ricerca Sociale in Milan. 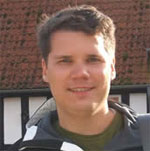 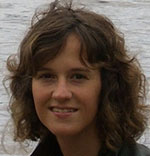 Cristina Cullell March was a Ph.D. candidate at the International University of Catalonia, Spain when she visited the CEG. She is now researcher at the VUB's SMIT Research Centre.

Martino Maggetti is an associate professor in political science at the Institute of Political, Historical and International Studies (IEPHI) of the University of Lausanne, Switzerland. More about him on his website.