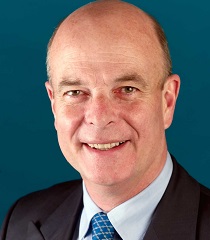 Sir John Scarlett served as Chief of the British Secret Intelligence Service (SIS or MI6) from August 2004 to October 2009. He joined SIS in 1971 and over the next 20 years served in Nairobi, Paris and twice in Moscow as well as several assignments in London covering the Middle East, Africa, Eastern Europe and the Soviet Union.  His second time in Moscow (1991–1994) coincided with the end of the USSR and the early years of the Russian Federation.  In early September 2001 he retired from SIS on appointment as Chairman of the Joint Intelligence Committee in the Cabinet Office.  He rejoined SIS as Head of the Service in 2004.

Sir John was born in 1948 in London and educated at Magdalen College, Oxford, where, in 1970, he was awarded First Class Honours in Modern History.  Sir John was appointed OBE (Officer of the British Empire) in 1987, CMG (Commander of St Michael and St George) in 2001 and KCMG in 2007.

Sir John says: “Good policy making is ever more important for our country in an increasingly complex world.  Good policy depends upon effective strategic thinking. The Strategy & Security Institute plays an important role in developing understanding of a range of issues at a time of uncertainty in global geopolitics. It is a privilege to be part of this expert and professional team”.