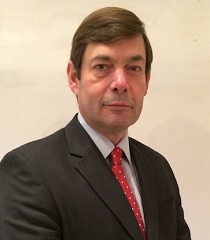 During 34 years of military service, and nine operational tours, Andrew Sharpe commanded on operations in all ranks from second-lieutenant to brigadier. In addition to his service in the Field Army, he has held posts that have required the leading of operational and strategic planning, both nationally and in international coalitions, forming strategic concepts and turning them into effective operational and tactical execution. He was the Deputy Commandant of the UK Joint Services Command and Staff College and the Director of the UK Higher Command and Staff Course. He left the British Army as a Major General, completing his military career as the Director of the UK MoD’s independent think-tank: the DCDC. For three years he ran the UK Chief of Defence Staff’s Strategic Advisory Panel.

Doctor Sharpe is the Director of the British Army’s Centre for Historical Analysis and Conflict Research and a Senior Mentor on the British Army’s generalship programme. In addition, as an independent consultant, and, with companies such as Sovereign Global, The DRPM Group, HRobotics, Beechwood International and NSC, he has partnered with governments, international organisations and businesses to provide strategic, operational and leadership advice, support and mentoring. He is a Visiting Senior Research Fellow of King’s College London; an Honorary Fellow of the Strategic Studies Institute of the University of Exeter; a Founding Associate Fellow of the Cambridge Analysis Institute; an Expert Panel member of the Cambridge Governance Labs; and he lectures and advises widely and internationally on strategy, leadership, risk and operational art. He is a member of the Board of Trustees of The Poppy Factory. He has an MA in International Studies from King’s College London, and a PhD in Politics and International Studies from Trinity College Cambridge.