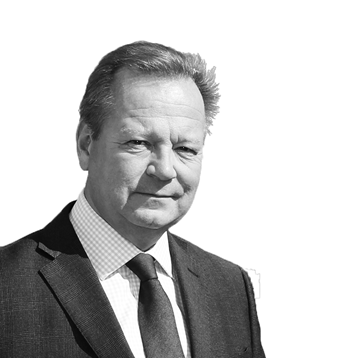 Malcolm joined the Royal Navy in 1980 whilst reading History at Bristol University. He served in most types of warship, from Minehunters to Aircraft Carriers, specialising as a Fighter Controller and Air Warfare Officer. Deploying frequently, he served in the Gulf during the Tanker War and Adriatic during the Bosnian crisis and was the Executive Officer in HMS CHATHAM at the 1997 Hong Kong handover. He Commanded the destroyer HMS GLOUCESTER, 2002-2004, escorting the French aircraft carrier CHARLES DE GAULLE on deployment to the Gulf and Indian Ocean. His last operational tour was in Command of Coalition Task Group 152 in the Gulf in 2008, which was followed by two years as Flag Officer Sea Training, Director (South).

A graduate of the French Collège Interarmées de Defense, Malcolm also taught on the UK Advanced Command and Staff Course. He has served in the Equipment Capability area of the Ministry of Defence and twice in the Resources and Plans division at the Navy’s HQ in Portsmouth. He attended the Royal College of Defence Studies 2010-2011, graduating with a distinction in the King’s College London MA in International Security and Strategy.  Promoted to Rear Admiral in 2013, he led the Royal Navy’s response to a major Ministry of Defence organisational and financial change programme.  Malcolm was awarded a CBE in the New Year’s honours list 2016 and retired in the same year.

An experienced programme and portfolio manager, Malcolm has a special interest in decision analysis.  On retiring, Malcolm became a Principal Consultant with Catalyze Ltd, a process consultancy that specialises in the business application of process firmly founded in decision theory.

In late 2017, Malcolm took over as the Chief Executive of the General Council of the Bar of England and Wales, which represents some 17,000 barristers, where he remains at the helm.

Malcolm lives in Hampshire with his wife Diana and, among other things, enjoys sailing, walking, cycling, cooking, history and current affairs.  He has two daughters who both attended the University of Manchester.