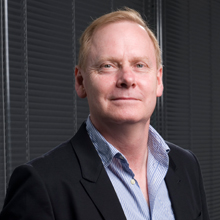 Chair in Security And Strategy, Director Of Strategy And Security Institute

Sir Paul Newton KBE CBE spent 38 years in the British Army. He completed his military career as a member of the Army’s main Board of Directors and in command of over 16,000 service personnel. He became Professor of Strategy at the University of Exeter in 2012. He is the founder and co-Director of PNC Strategic Advisers Ltd.

Educated at Sandhurst and Cambridge he completed eight operational tours in Northern Ireland including command of 2nd Battalion, The Princess of Wales’s Royal Regiment (2PWRR) and command of the c3,000 troops in 8th Infantry Brigade for which he was awarded a CBE. His first major excursion into applied strategy was in 1999: he has over two decades in the field as a practitioner and an academic; a blend which serves as the model for SSI.

Shortly after graduating from the Joint Higher Command and Staff Course Newton was seconded to the Permanent Joint Headquarters (PJHQ) to write the campaign plan for Kosovo. Further applied strategic experience rapidly followed, including: planning and deploying the UK stabilisation force to East Timor; and leading the Sierra Leone strategic assessment - a hectic five days which resulted in the UK’s long-term security and capacity-building mission. He served as the Chief of Defence Staff’s Liaison Officer in the Pentagon and completed two six month tours in Iraq. In Baghdad he was initially Deputy, Strategic Planning and Assessment for which he was awarded the US Legion of Merit and later was Deputy Commanding General Force Strategic Engagement, leading the Coalition reconciliation effort, for which he was awarded a Legion of Merit, First Oak Leaf Cluster.  As a General officer he ran the MOD think tank producing Global Strategic Trends and the MOD’s position on the Future Character of Conflict. Other military tours included senior intelligence and training responsibilities.

Awarded a Knighthood in 2012, upon leaving the Army Sir Paul founded and became Director of the SSI, working on global security issues. His primary academic interest is his unique Masters in Applied Security Strategy or ‘MStrat’; a highly-focused and proven blend of education and training designed for future leaders.

In his private work he provides strategic advice in the public and private sectors. Major clients include a leading international service delivery and engineering company, and a fast-growing management consultancy whose clients include the Cabinet Office and the MOD. Newton is a Distinguished Fellow at RUSI and is a Senior Adviser to McKinsey.