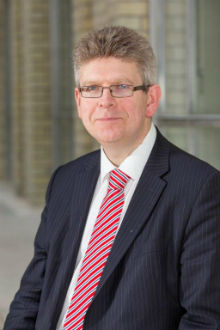 Dr Robert Sullivan works closely with ministers, the Permanent Secretary and Chief Defence Staff in the Ministry of Defence to ensure Health, Safety and Environmental Protection is put at the heart of Defence policy, military operations, and strategic decision-making. His team provide functional leadership across the Department, addressing cultural and behavioural aspects, and putting in place a clear policy and regulatory framework. He was Head Science and Technology Strategy at the Ministry of Defence from 2015 to 2018. In this role he was responsible for developing the Chief Scientific Adviser’s £650 million Science and Technology Strategy – including capability planning, futures and the ‘Technology Spearheads’ initiative. Previously he was Chief Executive of Broadband Delivery UK, responsible for the Government’s £2bn National Broadband Programme. He has worked across various departments in Whitehall, including as Director of the Office for Life Sciences in the Department for Business, and as Deputy Chief Scientific Adviser in the Department for Transport. Robert was Director Public Sector at QinetiQ PLC leading on information assurance and security solutions.

Robert started his career in 1992 as a research scientist at the MOD Royal Signal and Radar Establishment (RSRE).