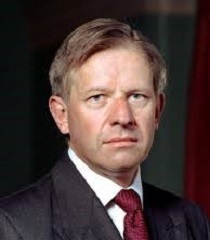 Sherard Cowper-Coles was born in Kent and educated at New Beacon School, Tonbridge School and Hertford College, Oxford where he read Classics and is now an Honorary Fellow. He entered the Foreign Office in 1977, where he enjoyed a 30-year career, holding a string of high-profile diplomat stations both overseas and in the UK.

One of the most respected authorities on foreign affairs in the country, his overseas postings include Beirut, Alexandria and Cairo, Israel, Saudi Arabia, Washington, Paris, Afghanistan and Pakistan.

He then took up a new role as special representative of the UK Foreign Secretary to Afghanistan and Pakistan, before leaving government service.

He has subsequently joined BAe Systems as an international senior executive.

His first book, 'Cables from Kabul', chronicling his diplomatic tenure in Afghanistan and Pakistan, was published to great acclaim. His second book 'Ever the Diplomat: Confessions of a Foreign Office Mandarin' was published in 2012.