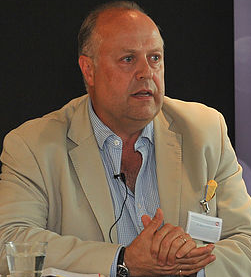 Steve Tatham is a globally acknowledged expert in government and military Strategic Communication. Both his Ph.D and M.Phil researched the use of Strategic Communication in international relations and conflict. In each he drew upon nearly 30 years of UK government and military experience. He is the author of the first ever UK doctrine on Strategic Communication, StratCom: A Primer , in 2006 and since then has written numerous papers and books on the subject. During his military career Tatham commanded 15 (UK) Psychological Operations Group between July 2010 and January 2013 developing StratCom programmes in Libya and Afghanistan. In 2009 he was appointed as Military Liaison Officer to the UK Cabinet Office’s Strategic Horizons Unit; for the three years prior to that he was Director of Advanced Strategic Communications and Influence research at the UK Defence Academy. His final appointment in the military was developing advanced Strategic Communication tools for the UK National Security Council. He has operational experience accrued from service in Afghanistan, Iraq, Sierra Leone, the Northern Gulf and East Africa. He has worked in over 40 countries including the Middle East, central Asian, Australasia, Africa and the Far East. He has built or advised on Strategic Communication capacity in Japan, Uganda, South Korea, Afghanistan, Norway, Holland, Iraq, Kurdistan, Latvia, Moldova, Georgia and the UAE. He spent 2015 as the contracted Subject Matter Expert advisor to the NATO COE for StratCom in Latvia and during that time set up and edited the first journal of NATO Strategic Communications.

He is a visiting lecturer at the University of Exeter (Strategy and Security Institute), where he lectures on Strategic Communication, the International Centre for the Study of Radicalisation at King’s College London and the British Army Centre for Historical Analysis. He is a standing lecturer and mentor at NATO School Oberammergau for StratCom and Information Operations and a visiting faculty member of the US Special Forces University for Information Operations.  Steve can be reached via his website www.influenceoptions.com