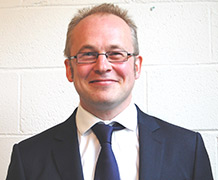 Defence and Uncertainty lecture by Strategy and Security expert

The issues behind unforeseen events like the disorder in the Ukraine to the revolutions of the Arab Spring which caught intelligence organisations off guard, is the subject of a fascinating lecture at the University of Exeter.

Entitled ‘The Fog of Peace: Defence and Uncertainty’ the inaugural lecture will explore how despite investing in intelligence, experts and planners have a bad record of effectively forecasting and predicting how best to navigate and respond to uncertainty presented in recent conflicts.

Professor Porter said:“I am honoured to be coming to the Strategy and Security Institute, a growing and vital centre of security debate in the UK. The SSI, I believe, can radiate influence over a generation of decision-makers and leaders. The MStrat Course is an important innovation in British higher education. It gives students the chance to study the making of strategy within the complexities of unique and contingent situations. Its aim is to cultivate prudence, or practical wisdom, preparing students to make theoretically-informed choices under pressure.”

‘Military Orientalism: Eastern War through Western Eyes’ (2009) written by Professor Porter earned critical acclaim in contributing to the field of strategic and security studies. It was listed on the UK Chief of Defence Staff's Reading List, and described by David Kilcullen, former advisor to the State Department, as ‘required reading’ for understanding today’s conflicts. Professor Porter’s latest publication is ‘The Global Village Myth: Distance, War and the Limits of Power’, a major critique of assumptions about globalisation and insecurity.

Director of the Strategy and Security Institute (SSI), Sir Paul Newton, said:“Professor Patrick Porter was identified by many in the policy community during the UK's last Strategic Security and Defence Review as the rising talent of his academic generation. Exeter took the opportunity to offer him this key role when the opportunity arose, knowing that Professor Porter will help lead the SSI with enthusiasm, academic rigour and vision. He is already making his mark on a new generation of decision-makers.”

Professor Porter will be visiting prestigious American military and policy institutions in May, including the National Defence University, Washington DC to publicise his new book ‘The Global Village Myth’ and promote the SSI.