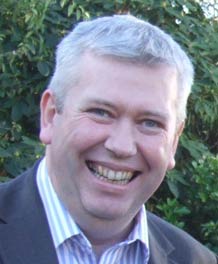 John Ault has taught at the University of Exeter, Penryn, for the past 5 years having previously taught politics at Canterbury Christchurch University. His present research is part of the team, led by Professor Susan Banducci and Professor Dan Stevens, conducting research as part of the British Election Study concerning the impact of media in the 2015 UK General Election.

He also recently worked on a joint research project between Bristol University and Harvard University assessing the impact of text messaging as a way of improving attainment in schools, under the leadership of Professor Todd Rogers (Harvard University).

His PhD, 'Culture, Character or Campaigns?' Assessing the electoral performance of the Liberals and Liberal Democrats in Cornwall 1945-2010, was completed in 2014, and has recently been published as a book. He has also written on British woman pioneering politician, Beatrice Rathbone and other aspects of UK electoral history. He is currently working on a collection of essays concerning the impact of Westminster parliamentary by-elections on the rise of nationalist parties within the UK and a collection of papers by the former Cornish Liberal MP - Sir Francis Acland.

Before returning to academia John has spent many years working in politics within the UK and around the world and was national Chair of the UK’s Electoral Reform Society following the 2011 UK referendum on the Alternative Vote. He has campaigned in and observed numerous elections around the world and has been an Electoral Commission Observer within the UK and OSCE observer overseas - observing elections as far apart as US Presidential elections and the Kazakhstan parliamentary elections. He has appeared on the BBC's Top Gear programme and represented the University of Exeter on the BBC's University Challenge. He is a fellow of both the Royal Society of Arts and the Royal Geographical Society.

He is also Director of the Cornish Audio Visual Archive (CAVA) and has helped coordinate a series of student-led projects including an Annual Fund financed film of the 2015 general election in Cornwall and the 2014 referendum on Scottish Independence.

Falmouth and the Great War, University of Exeter, November 11, 2014 (Film)