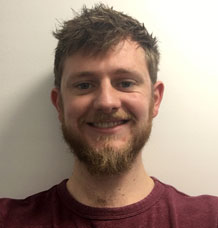 Patrick is a Lecturer in Data Analysis at the Exeter Q-Step Centre. He teaches programming, coding and data analysis methods for social science research at undergraduate level. Patrick's research interests surround the politics of ethnic minority and immigrant origin groups: specifically their descriptive representation, policymaking concerning their rights and integration, and public opinion. He uses a variety of methodological techniques and contributes to onging methodological debates on the measurement of public opinion and time series analysis. Outside of academic work, Patrick is also a consultant psephologist, and works annually on BBC Election programmes as part of the exit poll and results analysis team led by Professor Sir John Curtice.

I am interested in elections, public opinion, and party behaviour around the selection of candidates and promotion of MPs. My research is primarilly focused on Britain, but I also draw from comparative perspectives in my various collaborative projects. I use a wide range of methods and tools in my research, including: multilevel models, time series analysis, and Bayesian inference. I work frequently in both R and STATA, and have some familiarity with Python.