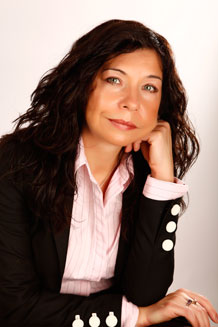 I work both as an academic and a practitioner, specialising in conflict studies and developmental aspects of international peacebuilding. The geographical remit of my interests covers conflicts in the North and South Caucasus, and in Central Asia, where I lived in 2003 – 2004 working as the UNDP Regional Adviser on Peace and Development, while my initial research background is in . In 2010 I headed the Research Secretariat of the international Kyrgyzstan Inquiry Commission. I act as a consultant to international organisations, such as the UN, the EU and OSCE, and for international non-governmental organisations, including Saferworld, where I supervise a major research project ‘: Views from Within.’ Prior to my appointment as an Honorary University Fellow, I was a Research Fellow at Chatham House, worked at the London School of Economics and headed programmes at International Alert and Saferworld.

I published extensively on the issues of politics and security in Central Asia and the Caucasus, and also write for the Guardian’s Comment is Free column on Russian politics and society.

My main research areas are

Ethnopolitical conflict in - The June 2010 conflict in the South of Kyrgyzstan closely replicated the scenario of the violence that took place in 1990 in the same geographical area – does this mean that the causes of conflict, and the domestic and regional implications of the 1990 and 2010 violence are broadly the same? What does the conflict tell us about the international community’s security and developmental assistance in the previous period and about its capacity to act decisively in crisis management? To what extent do international justice mechanisms and externally-sponsored investigations promote reconciliation or complicate the peace agenda?

Islamist appeal among the youth in the North Caucasus – this research theme developed out of the recent Saferworld project and field research conducted in , , Dagestan, Kabardino-Balkaria and . What is the appeal based on? What are the main features of the Islamist groups? What kind of people are attracted/ involved, and for what reasons? Are the state’s methods of fighting terrorism the primary reason for continuous security problems, or are deeper changes in the younger generation’s psyche accountable for them?

Gender aspects of conflict and international peacebuilding: a quest from society, an essential tool for peacebuilding or a donor-driven agenda? This research theme has two sides: firstly, the roles that women take in violent conflict situations and how gender issues work in conflict escalation; and secondly, the exploration of what women’s peacebuilding amounts to, and to what extend it is viable of its own accord, when it is not propped up by the international community.

I am a Soviet Russian by birth and live in North London. Prior to settling in the UK, I graduated from the School of Oriental and African Studies of the Moscow State University, did my PhD at the Institute of Oriental Studies, specialising in Afghanistan, and worked as a lecturer at the Moscow State Institute of International Relations. In Britain I first worked as an academic at the London School of Economics International Relations Department, and subsequently moved into practical conflict resolution, taking a position as a head of the Former Soviet Union Programme at International Alert (IA), a UK NGO working on issues of conflict and peace globally. My focus at IA was on problem-solving between ethnic and political entrepreneurs in Dagestan, and I set up the first confidence-building process between Georgian and Abkhaz civil society actors. I then joined the policy world by taking an appointment at the Royal Institute of International Affairs, where my first major academic works were published: a short book on ‘The North Caucasus: Russia’s Fragile Borderlands’ and ‘Democratisation, Legitimacy and Political Change in Central Asia’ in International Affairs.

After that, I worked at Saferworld, which took me to the conflicts in the Balkans, and at UNDP, for whom I continue to work as a consultant. My consultancy career in conflict analysis and peacebuilding has taken me outside the former Soviet area to countries including Indonesia (Aceh), Sri Lanka, Afghanistan, China, Colombia and Ghana.

I returned to academia to be an associate senior fellow at the Crisis States Research Centre at the Department of International Development of the LSE.