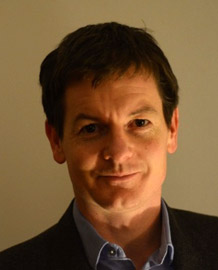 I work to develop international policy and legal responses to weapons and patterns of violence. I am Managing Director and co-founder of the UK-based NGO Article 36 and also currently provide coordination for the international coalition Stop Killer Robots.

I have written extensively around weapons, their impact and their regulation - as well as on civil society coalitions, the politics of violence and on technical issues around operational responses to unexploded ordnance, risk management etc.

I worked closely on the development of the 2017 Treaty on the Prohibition of Nuclear Weapons, the 2015 Safe Schools Declaration and the 2008 Convention on Cluster Munitions.   I was a member of the governance board of the International Campaign to Abolish Nuclear Weapons (ICAN) when it was awarded the 2017 Nobel Peace Prize.

Article 36 is a co-founder, steering committee member and now also coordinates the campaign to Stop Killer Robots. In the context of discussion on autonomy in weapons systems, I developed the policy concept of 'meaningful human control'. Since the mid-2000s, I developed engagement on the impact on civilians of 'explosive weapons in populated areas' - now a leading international humanitarian policy priorty. Article 36 established and coordinates the International Network on Explosive Weapons.

Prior to working on international policy and law, I coordinated and managed humanitarian landmine clearance and explosive ordnance disposal operations for the UK NGO Mines Advisory Group.

I have degrees in History and in Social Anthropology from Gonville and Caius College, Cambridge.

2008, Joining the Convention on Cluster Munitions: a chance to save civilian lives, produced by Landmine Action in partnership with the United Nations Development Programme (UNDP).

2008 Implications of the Convention on Cluster Munitions for developing a norm against area-effect use of explosive weapons, informal paper, 23 July 2008.

2010 A State of Ignorance: the UK Government's efforts to understand civilian deaths in Iraq, 2003-2009 by Prof. Brian Rappert.