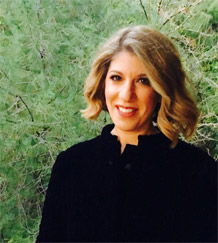 My research interests are in the areas of comparative politics, political behaviour, party politics and political communication. I am a member of the Centre for Elections, Media and Participation (CEMaP), the Centre for European Governance (CEG) and the Press Officer of the Greek Political Science Group (GPSG) of the Political Studies Association. My current projects focus on the electoral rise of the far right in Europe, the role of emotions in radicalisation, political violence and the dynamics of political networks in social media. I offer courses on comparative politics, political psychology of the masses, political sociology, research methods and design.

I currently act as the Senior Tutor of the Department of Politics in Penryn. I have served the department as Communications Officer from 2018 to 2019.

My research project on political violence has been awarded by a Jean Monnet fellowship from the Robert Schuman Centre of the European University Institute from 2020 to 2021.

I have been the Project Coordinator and Principal Researcher of the 2018-2019 LSE Research Project "Low-intensity violence in crisis-ridden Greece: evidence from the radical right and the radical left" and the 2018-2019 Early Career Fellow of the British School at Athens.

I am able to supervise research students in comparative politics, party politics and party systems, electoral behaviour, far right and far left parties, social-democrat and socialist parties, political psychology, political communication, elections and campaigns. I would also be interested in supervising on topics like radicalisation, violence, populism, conflict, emotions. I also dispose an expertise in French and Greek politics.

I received a BA in International and European Politics from the University of Macedonia (Greece), a MA in Political Sociology and Public Policy from Sciences Po Paris (IEP) and a MA in Political and Social Communication from Paris 1, Panthéon-Sorbonne universities (France), from which I also received my PhD. My dissertation examined how the professionalization of political communication affected the organizational change of socialist parties in Europe. Before joining Exeter, I was a post-doctoral fellow at the University of Oxford (2016-2017) and a a two-year EU Marie Curie Intra-European fellow (IEF), on the project “Social media and resurgent ethno-nationalism in Greece”, affiliated at Bournemouth University. I have worked in research projects on political behaviour in crisis-ridden Greece (radicalism, indignants' movements) and the Greek diaspora. I have published on party change, elections, campaigns and the rise of right-wing extremism. I have worked for several years as a political communications expert, drawing my experience form the French private sector (Agence Verte, Paris) and the Greek government (General Secretary for Press and Mass Media, Ministry for Citizens' Protection & the Ministry for Regional Competitiveness and Development).