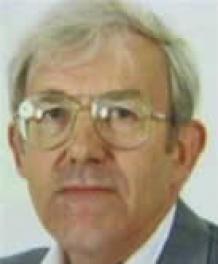 I retired in 2003 but remain actively involved in research and writing.    The Parliamentary Archive of MPs, 1832-present, which I built up over a number of years, has been transferred to the History of Parliament Trust as part its work in extending the History of Parliament beyond 1832.   I am also involved with the Trust's work on building an oral history of former MPs elected in 1945 and later and  with the extension of this project to the local level in Devon.   I remain an active member of the Study of Parliament Group and the Hansard Society.   I am also a member of the academic panel advising the Independent Parliamentary Standards Authority (IPSA) on MPs' pay and allowances and the seection panel of the parliamentary module supported by the Houses of Parliament Outreach Service.

I no longer supervise any research students, but I continue to act as external examiner for PhDs and other research degrees on request.

Chair, Study of Parliament Group, 1990-93.
Member of the Council of the Hansard Society for Parliamentary Government, 1993-2000.
Vice-President, British Association for Canadian Studies, 1995-97.

Member Editorial Board of The British Journal of Canadian Studies.