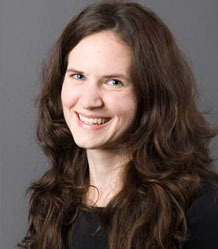 I work in the field of Critical Military Studies and International Relations. I am particularly interested in critical theories of subjectivity and the implications of these for thinking about military identity, the legacies of contemporary conflict and processes of militarisation. My research is deeply interdisciplinary, engaging with political geography, queer theory, sociology and history.

I teach modules on humanitarian intervention and the politics of war. I have a particular interest in combining critical pedagogical techniques and in exploring the relationship between education and critical civic engagement. My aim is to encourage and enable students to engage in independent critique of the world around them and to develop confidence in using their own voice to engage with political issues.

Queering the Military: Sexuality in the Armed Forces

My current book project explores the ways sexuality has been constructed, policed, and managed in the British military from the 1980s to the present. It interrogates the institutional paranoia around sexuality as it was manifest in witch hunts of sexual minorities, sex scandals, hysteria about women going to sea, and the integration of LGBT personnel. It develops the work in my 2013 article in International Journal of Feminist Politics which won the 2012 Enloe Award. Queering the Military will be published by the Routledge ‘Interventions’ series in 2019.

The Military Afterlives project aims to find out how veterans, and their families, experience the transition out of the military and back into civilian life. The project has been developed in collaboration with members of the veteran community and we are currently conducting interviews across the South West of England. Military Afterlives is funded by Volkswagen Foundation.

Current and past PhD students