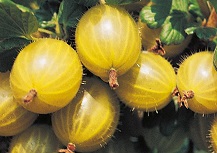 Each year the British Association for Local History (BALH) gives awards for research and publications. The overall winner of the ‘short article’ category was Dr Paul Cleave, whose ‘Gooseberries for the Fleet: the Home Front kitchen in Devon in World War 1’ appeared in the Devon Historian (2017) as part of a special themed issue looking at wartime cookery books, the role of wild food, the importance of local newspapers, and references to Devon from national sources.

The article was researched as part of the wider Devon Remembers the War project, in conjunction with the University of Exeter. It draws on contemporary resources, ruridecanal records, cookery books, newspapers and magazines, to show how local communities in Devon responded to the War effort in terms of food. Whilst much food was collected and sent to nourish the troops, those at home responded to wartime shortages, and privations with imagination, ingenuity, and, compassion for those in need in the parish. Numerous exhibitions, lectures, and contributions of food contributed to Devon’s War effort. Lessons were learnt which were to prove invaluable in the Second World War barely a quarter of a century later. Current research indicates an interest in the impacts of war beyond the battlefields, and the home front demonstrates how everyone was affected by the World War.