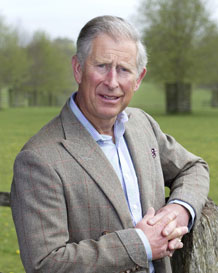 The Prince of Wales has praised the work of University of Exeter experts.

The Prince of Wales has praised the work of University of Exeter experts to help support small family farms.

His Royal Highness has said he hopes recommendations by Professor Michael Winter and Professor Matt Lobley and their team, to help ensure a smooth succession between different generations of farmers, are taken up.

The Prince singled out their recent research in his regular birthday message to the countryside in Country Life magazine and said it was fascinating reading.

Their study was commissioned by The Prince’s Countryside Fund and published earlier this year. Researchers found there had been a steep decline in the number of small family farms in the UK since the beginning of the century.

They identified a complex pattern of change with the number of farms declining by half and showed many smaller farms had been consolidated into larger farms.

In his foreword in Country Life, The Prince of Wales refers to the report's conclusions, which include a series of recommendations for all those in the agricultural sector. His Royal Highness says he fervently hopes these will receive careful attention.

The Prince's Countryside Fund is in fact taking forward some of the report's suggestions, through its Prince’s Farm Resilience Programme. These include improvements to farm management and performance to enhance the resilience of the small farm, helping agricultural workers improve their skills through targeted advice and training, helping them increase profits by shortening the supply chain, and supporting initiatives to encourage new blood into the agricultural sector.

Professor Lobley said: “Our research showed a complex and nuanced pattern of business growth, decline, exit and new farm start-ups. This creates challenges for the future and I’m very pleased His Royal Highness thinks our work could help to tackle them, and that some of our recommendations are being taken up by The Prince’s Countryside Fund.

“It is vitally important to ensure a smooth succession for older farmers wanting to pass their farm down to the next generation, and our work with The Prince’s Countryside Fund and other organisations is helping to support them.”