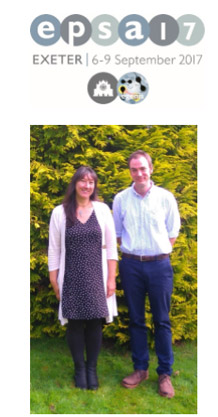 From September 6-9th, Exeter hosted the Sixth Biennial Conference of the European Philosophy of Science Association, held in the Forum. The event was hosted by Egenis, The Centre for the Study of Life Sciences and the Department of Sociology, Philosophy and Anthropology. The Local Organising Committee was Adam Toon (Chair), Sabina Leonelli (Deputy), John Dupré, Shane Glackin and Staffan Müller-Wille. The conference organisation was coordinated by Chee Wong together with Vanessa Fraser.

The conference is the biggest event of its kind in Europe, with more than 200 presentations and over 300 delegates from across Europe and the rest of the world. Previously, the conference has been held in Madrid, Amsterdam, Athens, Helsinki and Düsseldorf. This is the first time that the event has been hosted in the UK and was a resounding success.