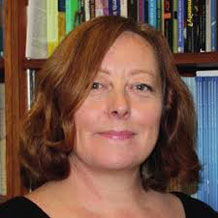 This EPSRC-funded project involves a collaboration between materials scientists and a sociologist. We aim to explore new ways of working across disciplinary boundaries, alongside generating new knowledge for technical and social research communities.

As a result of 60 years of using nuclear energy in civil and defense operations, the UK has generated a large legacy of nuclear waste, with a total volume capable of filling Wembley Stadium (450,000m3). The hazards posed to the general public from the radiation arising from this waste make its disposal extremely challenging; any solution must be long-lived as the waste will be radioactive for more than 100,000 years. For this reason, the Governments of several countries, including the UK, propose that the long-term disposal of this waste should be in a deep geological facility, several hundreds of metres below the ground. The formal term for an engineered geological disposal site is a Geological Disposal Facility (GDF). This man-made facility will be used to isolate the waste from future populations by using multiple layers of containment carefully designed to prevent radioactive elements (radionuclides) from entering the underground rock environment and eventually reaching the surface. Arguably, the most important part of the GDF is the nuclear waste itself; the release of radionuclides to the environment is controlled by the interaction of groundwater with the waste - if waste material can be shown to be particularly durable in the presence of ground water, the release of radionuclides will be very small and the risk to future populations from the GDF will be low.

The focus of the technical project is on understanding the release of radionuclides from one particular type of nuclear waste: spent fuel. Many countries are planning to dispose of spent fuel in a GDF (e.g.Sweden, Finland), however the spent fuel in the UK is unique because it originates from nuclear reactors that only exist in the UK. The potential behaviour of this material when it comes into contact with groundwater is poorly understood at the current time. Because real spent fuel is extremely hazardous, the project team will develop an analogue for spent fuel, known as HIPSIMFUEL, using state-of-the-art material processing technologies.

The focus of the sociological project is two-fold. One part focuses on the generation of scientific knowledge through the use of 'analogues'. This work will contribute to existing STS debates on the place of models, simulations and other forms of 'substitution' in technical research. The second element will follow the research generated by the project team 'out of the laboratory' and aims to understand how GDF knowledge travels - or not - into policy and/or disposal practice. Both studies will deploy qualitative research approaches (observation; interview; documentary analysis) and draw on a range of STS theory to conceptualise this 'science in practice' endeavour.

This collaborative research is particularly timely given the UK Government's ongoing task of selecting a site for a disposal facility.