This research theme is concerned with the functioning and implications of research processes within and beyond the life sciences, both in contemporary practices and in history, and across a wide range of locations. Of particular interest are the ways data, models, hardware, and software are used and circulated, the division of labour and credit systems in science, the nature and practice of co-production and citizen science, the changing role and modes of publishing, and the ways in which knowledge processing and related environments are managed, evaluated, and compared across geographical and disciplinary locations.

Work by Sabina Leonelli and Brian Rappert is concerned with the Open Science and Open Data movements, the ways in which ‘Big Data’ discourse and methods are implemented across the globe, and the implications for the contents and outputs of research (i.e., the epistemology of data science), as well as the relation with broader social, political and economic trends (particularly the development of AI, the digital divide and the implementation of Open Science strategies in low-income countries). While Leonelli investigates both the green and the red sectors, with particular attention to the global circulation of plant data, Niccolò Tempini works on the development of data infrastructures and related software, governance, integration strategies and information security measures in biomedicine. Adrian Currie is interested in how data in the historical sciences, especially paleontology and archaeology, is both generated and mustered in support of hypotheses concerning the deep past. He particularly focuses on cases where data is thin on the ground, degraded and gappy, and emphasizes the integrative, creative strategies such scientists adopt in overcoming these challenges. Ernesto Schwartz-Marin works on Data Justice, both as a participatory enterprise that seeks to establish new relationships and political possibilities at the interface of Science and Society, and also as an object of ethnographic inquiry. Schwartz-Marin ethnographic research explores how biomedical and forensic science projects shape the public sphere and claims for sovereignty in Mexico and Colombia. Since 2011 he has developed a research agenda on Citizen-Led Science and Participatory  Action Research engaging with genomics, digital activism and forensics in collaboration with grassroots activists, NGOs and interested stakeholders dealing with mass atrocities, grave human rights violations and disappearance in Latin America.

In a more historical vein, Kirsten Walsh is interested in early modern data practices, following the rise of Baconian experimental philosophy in the mid-seventeenth century. Focussing on Newton’s theory of the tides (developed in his Principia), she is currently exploring the epistemic, economic and political dimensions of early modern tidal research. Staffan Müller-Wille researches how new ways of naming and classifying shaped the flow of data and perceptions of diversity in the life- and human sciences since the 18th century, with a focus on the emergence of systematics and biogeography around 1800 and the rise of plant science between the field and the lab around 1900.

From Field Data to Global Indicators: A Framework for intelligent Plant Data Linkage

Social sensing of health and wellbeing impacts from pollen and air pollution, ES/P011489/1 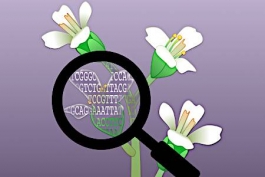 The Epistemology of Data-Intensive Science

Beyond the Digital Divide: Sharing Research Data across Developing and Developed Countries