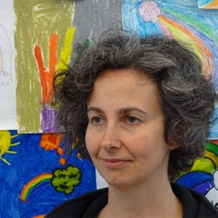 I work primarily on emotion and affectivity, and the field of '4E cognition' (embodied, embedded, enactive and extended cognition). Since my PhD (Sussex, 2004) I have worked to reconceptualize various affective phenomena from a dynamical, embodied-enactive and, more recently, situated perspective. In both my teaching and research I draw quite liberally on phenomenology, analytic philosophy, as well as theoretical and experimental work in psychology and neuroscience. More recently I have become interested in the contribution that the social sciences and the field of material culture studies can make to our understanding of affectivity, in particular in the context of philosophical debates on the 'scaffolded' and perhaps even 'extended' nature of the mind.

I am Associate Editor of Phenomenology and the Cognitive Sciences.

I am Adjunct Professor in Philosophy at the Faculty of Health Sciences of the University of Southern Denmark (2021-2026) - with links especially to its Movement, Culture and Society research cluster.

I am always happy to hear from prospective PhD candidates. I also oversee all PhD admissions for our Department, so I can give general advice on the PhD admission process.

For information about our postgraduate (PhD, but also MA) research degrees, funding opportunities, and how to apply, the first thing to do is to look here carefully.

You are welcome to email me if you are interested in doing a PhD (or MPhil) under my supervision, in the following areas:

1993-1999: Laurea (BA & MA) in Filosofia (Philosophy) at the Dipartimento di Filosofia of the University of Florence (Italy). My Tesi (in Italian) was entitled "The role of Gödel's incompleteness theorems and quantum mechanics in the mind-computer debate". My supervisors were Marisa Dalla Chiara and Marco Giunti. I also collaborated with Bruno Marchal at the IRIDIA, Université Libre de Bruxelles (Belgium).