Conference of the International Society of the Sociology of Religion

Welfare and Religion in a European Perspective (WREP)

Welfare and Values in Europe: Transitions Related to Religion, Minorities and Gender [WAVE] 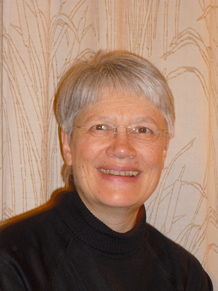 My research interests lie in the sociology of religion, with a particular emphasis on patterns of religion in Europe. I am also interested in the new theoretical paradigms that are emerging in the field – not least the notion of ‘multiple modernities’. How are we to make sense of the growing significance of religion in the modern world with tools and concepts that have emerged (largely) from the 'exceptional' European case?

More recently I have become interested in the interactions between religion and welfare, religion and healthcare and religion and law, recognizing once again the implications of these new fields for sociological thinking about religion.

I continue to pursue these interests in retirement.  My most recent publications are:

My concerns with the connections between religion and modernity date from the mid 1980s. The canvas on which I have worked has, however, steadily widened: from an initial engagement with faith in the inner cities of modern Britain (Ahern and Davie 1987), through a more general consideration of the religious life of Britain (Davie1994), to a concern with the patterns of religion in modern Europe (Davie 2000). The next step was to place Europe itself within a global context, but at this point the narrative takes a rather different turn. It is simply not the case that the patterns of religious activity discovered in Western Europe are those of the modern world more generally. Europe: the Exceptional Case (2002) deals with these issues by looking at Europe from the outside.

The next stage of my writing developed this thinking in new ways. In the first instance, this found expression in a book commissioned by Sage for their Millennium Series, which reflects on why the subject matter of the sociology of religion has developed in the way that it has. Why, in other words, have certain aspects of the research agenda received disproportionate attention and what are the consequences for sociological understanding? The text becomes in fact a critical appraisal of both content and method within the sociology of religion, underlining the importance of contextual factors for its development in different parts of the world (the comparative element is central). It was first published in May 2007; a new edition appeared in 2013.
A co-authored book (with Peter Berger and Effie Fokas) appeared in September 2008. It emerged initially from three meetings in Berlin concerned with European Secularity. Its eventual publication, coinciding with the American Presidential election in 2008 under the title Religious America, Secular Europe: A Theme and Variations (Ashgate 2008) was nothing if not timely.
A third strand of research is rather different. It has developed out of my links with Swedish colleagues at the Uppsala University which have led in turn to a series of European wide collaborative projects on religion and welfare. The first of these,Welfare and Religion in a European Perspective, 2003-06, was funded by the Tercentenary Foundation of the Bank of Sweden; the second, Welfare and Values in Europe, 2006-09, was financed by the European Commission, under the Framework 6 programme. Both are central to the understanding of modern Europe and develop – both empirically and theoretically – ideas about inclusion and exclusion. WaVE is predicated on the assumption that values can best be understood through the ways that they are expressed in practice. Accordingly, WaVE aims to study values through the prism of welfare. Two co-edited books on welfare and religion in 21st century Europe are the fruit of these collaborations.
I was the co-director of both WREP and WaVE. The budget for each project was approximately £800,000. An interesting development of this work can be found in the establishment in Uppsala of a Linnaeus Centre of Excellence in Uppsala concerned with the Impact of Religion: Challenges for Society, Law and Democracy. I co-wrote much of this application together with my Swedish colleagues and am named in the application, both as a contributor and as a senior adviser. The funding from the Swedish Research Council is for 10 years at the rate of 5m SEK per annum (circa £400,000 pa).  I spent the spring semester of 2010 in Uppsala in order to support this work, which is now well-established as a major University program. See http://www.crs.uu.se/research/about-impact/ for more details. I returned for a number of shorter visits in 2011 and for an extended period in 2012.
In many respects I have closed the loop with a comprehensively revised edition of Religion in Britain since 1945. This was published in 2015 under the title Religion in Britain: A Persistent Paradox (Wiley-Blackwell).
See also Religion in Public Life: Levelling the Ground. London: Theos 2017. Available at: https://www.theosthinktank.co.uk/research/2017/10/28/religion-in-public-life-levelling-the-ground.

Given that I am now retired, I can no longer accept new post-graduate students in Exeter.

SISR (International Society for the Sociology of Religion)

1994-98  Convenor and in this capacity, program chair of two major international conferences (Québec 1995, Toulouse 1997) each of which gathered 300 plus scholars from over 30 countries.

ASR (Association for the Sociology of Religion)

1999  Elected member of the Council

Appointments in other universities

2006-07  Visiting professor, University of Uppsala (including four weeks spent at the Collegium for Advanced Studies of the University of Helsinki)

2010 on  Further visits to the University of Uppsala to support the work of a new research programme on The Impact of Religion - Challenges for Society, Law and Religion - see http://www.crs.uu.se/Impact_of_religion/ for more details.

The Reid Trust for the Higher Education of Women

I began my sociological career with an undergraduate degree in Sociology at Exeter; this was followed by a doctorate at the London School of Economics. It was at this stage that I developed the two aspects of my work which were to endure throughout: an interest in the sociology of religion and an acquaintance with both France and French sociology. My doctoral thesis on the political aspects of the French Protestant community in the interwar period brought these together.

After a break from academic life when my children were small, I returned to the Department of Sociology in Exeter where I have taught a wide variety of both undergraduate and postgraduate modules. I was also involved with the Socrates-Erasmus Exchange Programme at both Department and School level. From 2002-06 I was the Director of Exeter's Centre for European Studies. Post-graduate supervision has formed an important part of my work both in Exeter and elsewhere.

During my time at Exeter, I have enjoyed close collaboration with and visits to a number of European Universities and Grandes Ecoles, notably the Ecole Pratique des Hautes Etudes and the Ecole des Hautes Etudes en Sciences Sociales in Paris. In 2000-01, I held the Kerstin Hesselgren Professorship at Uppsala University, where I returned in 2006-07 and again in 2010 and 2012. The 2006-07 visit also included a month at the Collegium for Advanced Studies at the University of Helsinki. In 2005, I spent the fall semester at Hartford Seminary in Connecticut.

I continue to collaborate with the Uppsala Religion and Society Research Centre, more specifically with the Linnaeus Centre of Excellence: The Impact of Religion - Challenges for Society, Law and Democracy.  See http://www.crs.uu.se/Impact_of_religion for more details.