4E Cognition and the Landscapes of Mental Disorder 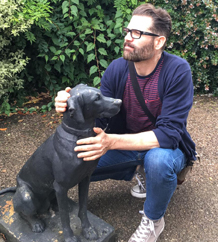 More information, including copies of my publications, can be found here:

I am an Associate Editor of Phenomenology and the Cognitive Sciences.

I am happy to supervise PhD or MA by Research students working in the following areas:

Information about our PhD programmes, funding, and application process can be found here.

I grew up in Southern California near San Diego. I still go back yearly to visit my parents, flail around on my long-neglected surfboard, and get horrendously sunburned. And also eat lots of fish tacos.