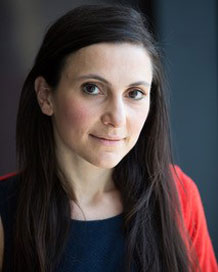 I joined the department of Sociology, Philosophy and Anthropology as a Lecturer and a British Academy Postdoctoral Fellow in November 2017. My research focuses on racism, social movements and counter terrorism.

I am currently researching the impact of counter terrorism policy and practice on UK higher education.This British Academy funded project investigates how the new ‘Prevent duty’ and other counter-terrorism initiatives have affected the social, political and educational space of the university, and the examines the implications of this for the role of the university in society.

Previously I have researched the social production of terrorism expertise across the domains of government policy, academia, media and criminal justice proceedings. This work has engaged a wide range of audiences beyond the academic setting to help develop more robust and accountable processes of evaluating expertise in these different domains.

I am the co-editor of What is Islamophobia? Racism, Social Movements and the State (Pluto Press, 2017) which offers a conception of Islamophobia as not simply a product of discursive, ideological or socially constructed processes, but a product of concrete social, political and cultural action undertaken by social movements and the state. The book brings together a collection of contributions from internationally renowned scholars in the field from three continents.

This work builds on and extends research conducted for my first book Muslim Women, Social Movements and the ‘War on Terror (Palgrave Macmillan, 2015). Here, I examined Muslim women's involvement in the British anti-war movement and offered an analysis of the political conditions that gave rise to particular forms of Muslim activism in the UK in the context of the ‘War on Terror’.

I am co-convenor of the British Sociological Association Race and Ethnicity Study Group.