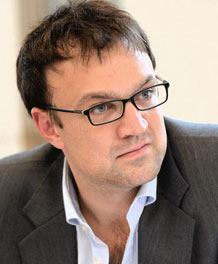 My original research was on the early twentieth century German philosopher Ernst Cassirer (published in January 2009 with Princeton University Press as Ernst Cassirer: The Last Philosopher of Culture) but my interests have since shifted to moral and political philosophy. I have written essays on the ethics of capitalism, the value of happiness and the philosophical importance of the history of ideas. My most recent book, co-written with my father Robert, is called How Much is Enough? Money and the Good Life. It came out in the UK with Allen Lane in June 2012 and has been translated into 15 languages worldwide. A following book, The Language of the Virtues, is forthcoming with Princeton University Press.

I also have also created a website, "Virtues of the Dead": see epigraphs.net. This is an interactive database of epitaphs from churches and cathedrals across the UK, showing how people in the past saw fit to commemorate their dear departed. You can search it by region, date, name or virtue-concept - "earnest", "benevolent", "pious" etc. - so as to uncover trends and correlations. My hope is that "Virtues of the Dead" will become a resource for all researchers interested in cultural change in modern and early-modern Britain.

The history of the virtues

I am currently supervising Toby Sherman, who is writing a doctoral thesis on conceptions of happiness. From 2010-2013, I co-supervised Christopher Fear, who wrote his thesis on Collingwood's theory of history.

I first studied philosophy together with theology as an undergraduate at Oxford from 1992-95. After graduating, I worked for two years with a Moscow NGO and a further two with a London-based publisher and think-tank. I returned to Oxford from 2000-05 – the politics department this time – to do a doctorate on the late idealist philosopher of science and culture Ernst Cassirer, spending two years as a visiting student at the Humboldt University, Berlin. I speak fluent German and rusty Russian. Apart from philosophy, I enjoy looking at art and architecture, cooking and playing ping pong.