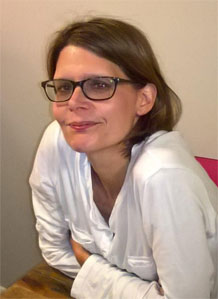 Tyler, K. (2008) ‘Debating the rural and the urban: majority white racialised discourses on the countryside and the city’. In B. Petersson and K Tyler (eds),  Majority Cultures and the Everyday Politics of Ethnic Difference: Whose House is This? Basingstoke: Palgrave Macmillan, pp. 75-93.

Petersson, B. and Tyler, K. (2008) ‘The making and breaking of difference: concluding thoughts’. In B. Petersson and K. Tyler (eds), Majority Cultures and the Everyday Politics of Ethnic Difference: Whose House is This? Basingstoke: Palgrave Macmillan, pp. 226-37.

2014-2018:  Hazel O’Brien (Funded by the Waterford Institute of Technology, Ireland, full time) ‘An ethnographic study of Mormons in Ireland: an explanation of majority and minority relations’ (First Supervisor), Awarded