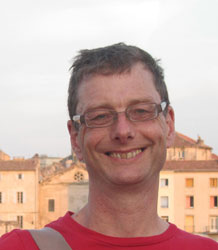 Richard Bellamy was educated at the University of Cambridge and the European University Institute (EUI) in Florence. After three years as a Post-Doctoral Research Fellow at Nuffield College, Oxford he went on to lectureships at Cambridge and Edinburgh and then to Chairs at the Universities of East Anglia, Reading, Essex and UCL, where he was appointed as the first Professor of Political Science, founding Head of the new Department and Director of the School of Public Policy in October 2005. He is currently the Director of UCL's new European Institute.

He has held Visiting Fellowships at Nuffield College, Oxford; the EUI in Florence; Australia National University (ANU) and the Centre for Advanced Study (CAS) in Oslo. He was Academic Director of the European Consortium for Political Research (ECPR) from 2002-2006 and was elected a Fellow of the Royal Society of Arts (FRSA) in 2002 and a member of the Academy of Social Sciences (AcSS) in 2008. Richard is the Founding Chair of the Britain and Ireland Association of Political Thought and a member of the Politics and International Relations Panel, UK Research Evaluation Framework (REF) 2014. He is currently the recipient of a Leverhulme Research Fellowship for 2012-2014 for a project on `A Republic of European States: Cosmopolitanism, Republicanism and the EU’, which he is working on with Dario Castiglione.

Richard’s main research interests are in European Social and Political Theory post-1750, Contemporary Analytical Legal and Political Philosophy, Public Ethics, and the application of normative theory to the understanding of citizenship, democracy and constitutionalism in modern societies. He has been a leading figure in the normative study of the European Union and directed a number of prominent ESRC and European Commission research projects in this area. In 2012 he was awarded the Serena Medal by the British Academy, given `for eminent services towards the furtherance of the study of Italian history, literature, art or economics'.

He has written 7 monographs to date, edited or co-edited a further 20 volumes and is the author of over a 100 journal articles and book chapters. His books include Modern Italian Social Theory: Ideology and Politics from Pareto to the Present, Liberalism and Modern Society: An Historical Argument; Liberalism and Pluralism: Towards a Politics of Compromise and, as editor or co-editor, Victorian Liberalism, Constitutionalism in Transformation, Pluralism and Liberal Neutrality, Citizenship and Governance in the EU; Political Concepts, The Cambridge History of  Twentieth Century Political Thought; Lineages of European Citizenship  and Making European Citizens. He has also edited scholarly editions of works by Beccaria, Bobbio and Gramsci. His publications have been translated into several languages, including Arabic, Chinese, Czech, French, German, Indonesian, Italian, Japanese, Portuguese, Spanish and Turkish. His most recent books are Political Constitutionalism, published by Cambridge University Press in 2007 and awarded the Spitz Prize in 2009, and Citizenship: A Very Short Introduction, which came out with Oxford University Press in 2008. He is currently writing (with Dario Castiglione) a monograph for Cambridge University Press applying republican theory to the EU, a book on Constitutionalism for Polity Press and a study of Political Leadership provisionally titled The Democratic Prince.

He is on the editorial board of the British Journal of Politics and International Relations, Government and Opposition, Modern Italy, Journal of Modern Italian Studies, Res Publica: A Journal of Legal and Social Philosophy, The European Legacy: Towards New Paradigms, European Political Science, and Diacritica: Philosophy. He is an associate editor of the European Journal of Political Theory and the new ECPR journal European Political Science Review. He co-edits the journal CRISPP (Critical Review of International Social and Political Philosophy).
He has appeared on TV and radio in Britain and abroad, and written for major newspapers and reviews such as The Guardian and Times Literary Supplement.