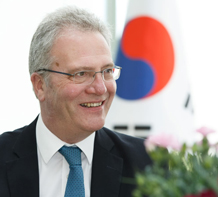 I have worked in a range of areas including British, European, and US policy and politics. My main areas of research include comparative public policy, public administration and issues around the reform and modernization of government and governance at all levels in the UK, US, EU and globally. I also have a long standing interest in energy policy, especially civil nuclear energy; professionalism and ethics and accountability.

In the recent past I have been Vice President of the European Group for Public Administration, a Trustee of the UK's Political Studies Association and Chair of the UK's Joint University Council.

My community work included over 17 years as a Justice of the Peace and several years as a Governor of a Hampshire Sixth Form College (both now completed).

I have worked in a variety of jobs on secondment, including the Department of Energy and projects for the Cabinet Office and HM Treasury (author of the "Massey Report"). I have worked with or advised at some time the National Audit Office and a wide range of UK public sector bodies and International NGOs.

In the weeks after 9/11 I addressed the United Nations on the future of public administration in the English speaking world and concerns with global governance have intrigued me ever since, dominating both my research and public service.

In addition to the general topics of public policy and public administration I have completed projects exploring the impact of devolution on the UK's civil services and a series of projects exploring intergovernmental and multi level government developments in the UK, EU and further afield. Between 2002 and 2011 I was a member of the International Institute of Administrative Sciences working Group on Global Governance. In November 2001 I delivered a speech at the United Nations General Assembly on the future of public administration in the English speaking world and this has been followed up ever since with work exploring these issues.

I have published widely in these fields.

I have supervised a large number of successful PhDs in the following fields:

I welcome applications in public administration and comparative public policy.