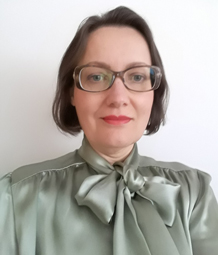 I study political violence with particular reference to violence of war; crimes against humanity - genocide, ethnic cleansing, and war crimes; nationalism; state formation; intervention; and postconflict rebuilding. My latest work explores effects of genocide in its aftermath and has resulted in a volume published with Oxford University Press (2021) entitled Postgenocide: Interdisciplinary Reflections on the Effects of Genocide. In other recent work I have analysed how violence of war contributes to the constitution of the political community, the result of which has been published in Review of International Studies (Cambridge University Press). Previously I have done extensive work on the causes and consequences of war/s and ethnic cleansing in the Balkans in the setting of the disintegration of the former Yugoslavia in the 1990s, results of which have been published in various peer-reviewed journals and one book entitled Politics of Ethnic Cleansing (Lexington Books / Rowman & Littlefield, 2008, 2010). I am also editor and author of a volume entitled Violent Non-State Actors in World Politics (2010), published jointly with Hurst and Columbia University Press, which investigates conditions that give rise to violent non-state actors (VNSAs) and the correlations between VNSAs and the environment that creates and nurtures them.

I have taught at university level since 2001, and am a Senior Fellow of the Higher Education Academy (SFHEA).

I welcome PhD proposals on any aspect of conflict analysis and postconflict rebuilding.

'Violence of War, Ontopology, and the Instrumental and Performative Constitution of the Political Community', Review of International Studies 44(1) 2018.

'Genocide and the Ending of War: Meaning, Remembrance and Denial in Srebrenica, Bosnia', Crime, Law and Social Change 68(1) 2017.

My research interests focus on political violence with particular reference to violence of war; crimes against humanity;  nationalism; intervention; and postconflict rebuilding.

For a list of my publications, please refer to the tab 'PUBLICATIONS'.

I welcome PhD proposals on any aspect of conflict analysis; interpretations of contemporary wars; genocide and other crimes against humanity; nationalism; and postconflict rebuilding.

At the University of Exeter:

At the London School of Economics and Political Science (LSE), University of London:

At Goldsmiths College, University of London:

At the University of Malta:

Reviewer for the following Academic Journals:

Suedosteuropa: A Journal of Politics and Society