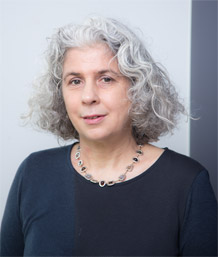 Dr Helena Wray is Associate Professor in Migration Law and Director of Research for the Law School. She has taught, researched and published extensively on migration law, particularly family migration and citizenship and is editor of Journal of Immigration Asylum and Nationality Law. She has led or been involved in several research and consultancy projects and led teams that provided expert evidence in two test cases heard in the Supreme Court, Ali and Bibi v SSHD on pre-entry language testing for spouses, and the key case of MM v SSHD on the financial conditions to be met by the sponsors of migrant spouses and partners. In 2015, she was the lead author of a major report, commissioned by the Children’s Commissioner for England from Middlesex University and Joint Council for the Welfare of Immigrants and launched in Parliament, on the impact of the financial requirements in the family migration rules on children. She also gave written and oral evidence in the House of Commons at the All Party Parliamentary Group on Migration’s Enquiry into Family Migration.

Helena is a former solicitor who worked in a City of London law firm and as a Law Centre volunteer. She has a PhD from the University of London and was a founder member and, for many years, Chair of Trustees of Barnet Law Service, a law centre in the London Borough of Barnet.

Helena has supervised a number of PhD students and welcomes applications in her areas of expertise.

Helena is an international expert on the regulation of family migration. As well as her publications, consultancy work and engagement, she has been involved in several funded research projects. Between 2011 and 2013, she led a project comparing spousal migration policies across Europe and US, funded by the Nuffield Foundation. She is involved in several research networks, including Managing Citizenship, Security and Rights: Regulating Marriage Migration in Europe and North America, co-ordinated by University of Quebec at Montreal and funded by Social Sciences and Research Council of Canada. She is a country expert for the Global Citizenship Observatory and has authored or co-authored a number of responses to consultations on behalf of the Migration and Law Network.

With Professors Nick Gill and Elena Isayev, Helena has established an inter-disciplinary research network on migration and mobility, Routes: http://lifesciences.exeter.ac.uk/routes/

Helena is currently writing a monograph to be published by Hart in 2022 on family life, immigration and the UK Supreme Court.

Regulation of Marriage Migration into the UK: A Stranger in the Home (Ashgate 2011)

'A Family Resemblance? The Regulation of Marriage Migration in Europe' European Journal of Migration and Law (2014) 16(2) 209-247 (with Agnes Agoston and Jocelyn Hutton; lead author)

'Teixeira and Ibrahim: Looking back, looking forward or looking inward?' FMW: Online journal on free movement of workers in the European Union; (2011) 2 (August); 26-37

‘An Ideal Husband? Marriages of Convenience, Moral Gatekeeping and Immigration to the UK’ European Journal of Migration and Law; (2006) 8 (Autumn) 303-320

‘Guiding the gatekeepers: entry clearance for settlement on the Indian sub-continent’ Tottell’s Journal of Immigration, Asylum and Nationality Law (2006) 20(2) 112-129

'Anytime, Any Place Anywhere: Entry Clearance, Marriage Migration and   Immigration to the UK' in Charsley, K. ed. Transnational marriage: new perspectives from Europe and beyond (Routledge 2012) 41-59

‘An ideal husband? Marriages of convenience, moral gate-keeping and immigration to the United Kingdom’ in Minderhoud, P and Guild, E. eds Citizens and Third Country Nationals: Examining Ten Years of the EU's Area of Freedom, Security of Justice (Martinus Nijhoff 2011) 351-373

Family Friendly? The Impact on Children of the Family Migration Rules: A Review of the Financial Requirements (Office of the Children’s Commissioner for England 2015) (Lead author; with Saira Grant, Eleonore Kofman and Charlotte Peel)

Helena has supervised or is supervising PhD students researching on questions such as sexual orientation and refugee status, the legal rights of migrant domestic workers, and the attitudes towards civil divorce of Bangladeshi women in the UK.

She welcomes enquiries from students interested in pursuing doctoral studies in her areas of expertise.